Electric alarm systems are over 100 years old, one of the earliest being patented by Alexander Pope of Boston. His system was very similar to modern alarms, consisting of magnetic contacts placed at the openings and interconnected by pairs of wires to a battery and a bell. The disturbance of any of the openings closed the circuit and caused the bell to ring. This system was, of course, much simpler than modern alarms and its main disadvantage was that it could be defeated by cutting the wire.

Exterior or perimeter protective devices generally consist of sensing mechanisms attached to doors and windows leading into the home. These devices are wired in such a way that they will sound the alarm if an entry is attempted and send an emergency call for help to a central monitoring center. Magnetic contacts are the most widely used for perimeter protection. These devices work with a switching mechanism. The contacts are attached to doors or windows and, when these protected areas are opened the magnet moves away from the switch and the alarm is activated. In the event that an intruder attempts to bypass the magnet contacts by breaking the glass in a door or window, specially developed sensors can detect the sound of glass breaking and activate the alarm.

It is important to have a method for detecting an intruder should he elude the perimeter security system. This is where an interior system comes into play. One of the more commonly used interior protective devices are motion detectors. There are three basis types: infrared, microwave and ultrasonic. These protect the interior by detecting the body heat or movement of an intruder and sounding the alarm.

Both smoke and heat detectors should be included in any security system for fire prevention and life safety. Like the security system, a fire prevention system will not only make your protection complete, but also reduce your homeowner’s insurance premiums. Smoke detectors should be located in each bedroom, outside all sleeping areas and on all levels of the home. They work by detecting the presence of smoke particles in the air.

Have more questions? Contact us here at Valley Alarm. We’ll be happy to answer them for you! 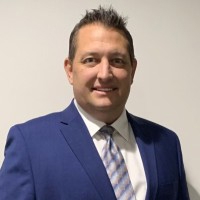 Follow Us
Latest posts by Edward Michel (see all)